This morning, fully clothed this time, I ventured onto the beach to capture another autumn sunrise.  It was different this time, not so red, but more dappled grays and blues.

We are lucky here to face the east and have a view out across the Rangitoto Channel to the island from which the channel takes its name.  During the day Rangitoto continually changes its mood as the sun  moves from east to west.  On some evenings the setting sun lights clouds over the island with red and orange light.  In storms it presents a very moody face.

This morning we were presented with a pre-storm view.  There is rain predicted for two day’s time.  On such occasions the atmosphere often clears and New Zealand’s fourth largest island, Great Barrier, shows clearly on the horizon.  That happened in the late afternoon yesterday.  Already the sky is overcast.  Let’s hope that the rain comes as predicted.  We really need it after the long hot summer.

I was going to show only two images from this morning, but I have decided to show five instead.  I have been wanting to take photographs from the eastern end of the beach in the morning for some time.  Here are the results. 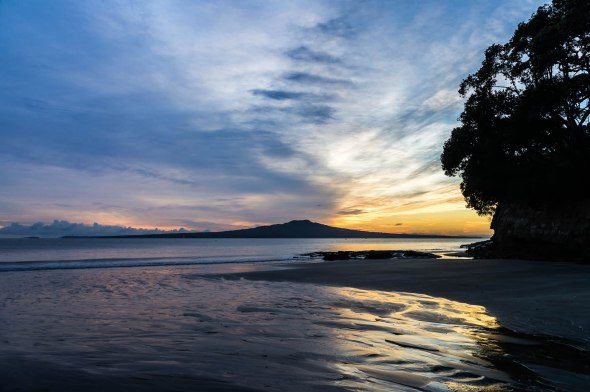 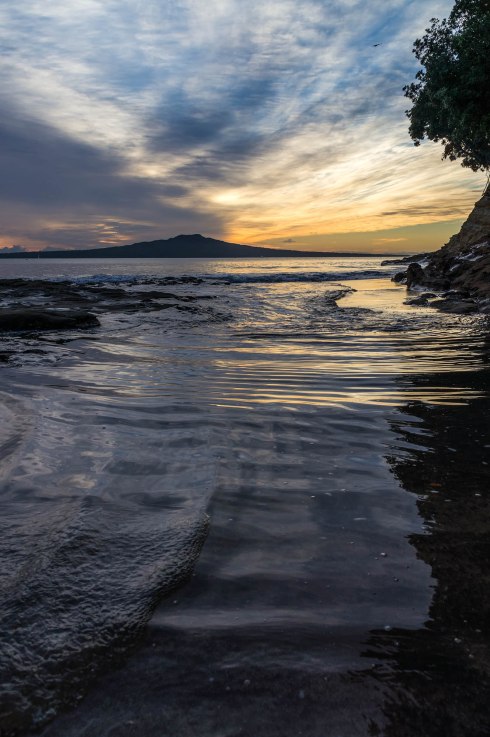 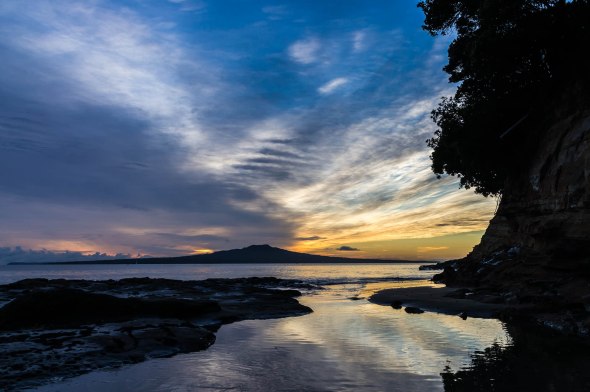